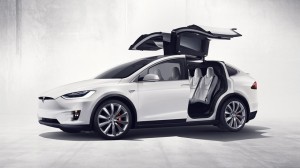 Most known for their Model S sedan, the Tesla Motors car company recently began selling a sport utility vehicle called the Model X. The Model X is slightly larger than the current Model S sedan and features a number of additional changes including the famed falcon wing doors. Perhaps one of the more unique features is the air conditioning system. The system features three modes: the first circulates air from outside the car, the second re-circulating air that’s already inside the cabin, and the third a “bioweapon defense mode,” triggered by a button on the dashboard, creates positive air pressure inside the cabin to prevent outside contaminates from entering. Tesla describes their air conditioning filters as “A medical grade HEPA filter strips outside air of pollen, bacteria, viruses and pollution before circulating it into the cabin.” To determine how effective Tesla’s bioweapon defense mode might be, news site Gizmodo interviewed Biological Sciences School Professor Michael J. Buchmeier.

“Smallpox, for instance, is between 200 and 300 nanometers wide, which means it’s right on the edge of a standard HEPA filter’s effectiveness, so — assuming you were driving through a cloud of aerosolized smallpox particles for some reason — it’s possible that some might still get through the filter.”

“It’s a statistical game that we play,” said Buchmeier. “Any filter like that is going to be efficient to a degree but it’s not necessarily 100% efficient.”