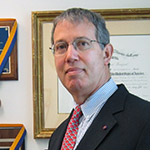 Florida Keys residents are facing a proposal to release the nation’s first genetically modified mosquitoes into their community. The mosquitos are hatched in a lab and pumped with synthetic DNA to try to combat two painful, mosquito-borne viral diseases, dengue and chikungunya.

While residents are suspicious of this proposed “experiment,” Distinguished Professor Anthony A. James, Molecular Biology and Behavior and Microbiology and Molecular Genetics, feels the danger is minimal. “If there were mosquito genes coming into humans, we would know about it now because there are millions of mosquitoes biting humans every single day,” said Professor James.

If the federal Food and Drug Administration gives the go-ahead for the trial, Key Haven, with 444 houses built on a tiny peninsula, would become the focal point of the first American release of several million mosquitoes genetically altered by Oxitec, a British biotechnology company.

Read the full article in the New York Times here.