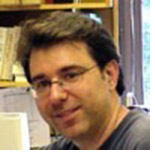 Despite a century of research with chromosomes (bearers of genes), the organization of genes at the chromosomal level continues to puzzle researchers. One of the organizational aspects of chromosomes that remains poorly understood, is the formation of functionally related gene clusters. Recently, Professor José M. Ranz, Ecology and Evolutionary Biology and colleagues studied a specific gene group to learn whether genes generated by tandem duplications that became separated by initial chromosomal rearrangements, could be reunited later via additional chromosomal rearrangements.

“Our results highlight the importance that overlooked mechanisms such as chromosome-chromosome interactions might have had in shaping the organization of gene clusters during evolution,” shared Professor Ranz.

At the chromosomal level, NK genes are organized in many different ways depending on the insect species. By simply examining a group of related fruit flies, Professor Ranz and team found up to four different patterns of clustering. This contradicts previous research that proposed that a particular group of NK genes were always clustering together in insects.

Nevertheless, the most important finding was two instances of NK genes that support an evolutionary scenario in which the genes were separated from an ancestral cluster and then became reunited again by large-scale chromosomal rearrangements. Upon considering multiple factors, the research team concluded that the most plausible explanation is that the interactions between functionally related genes on the same chromosome facilitate reunion events.

The study was recently published in Nature Communications and follow up studies are planned.