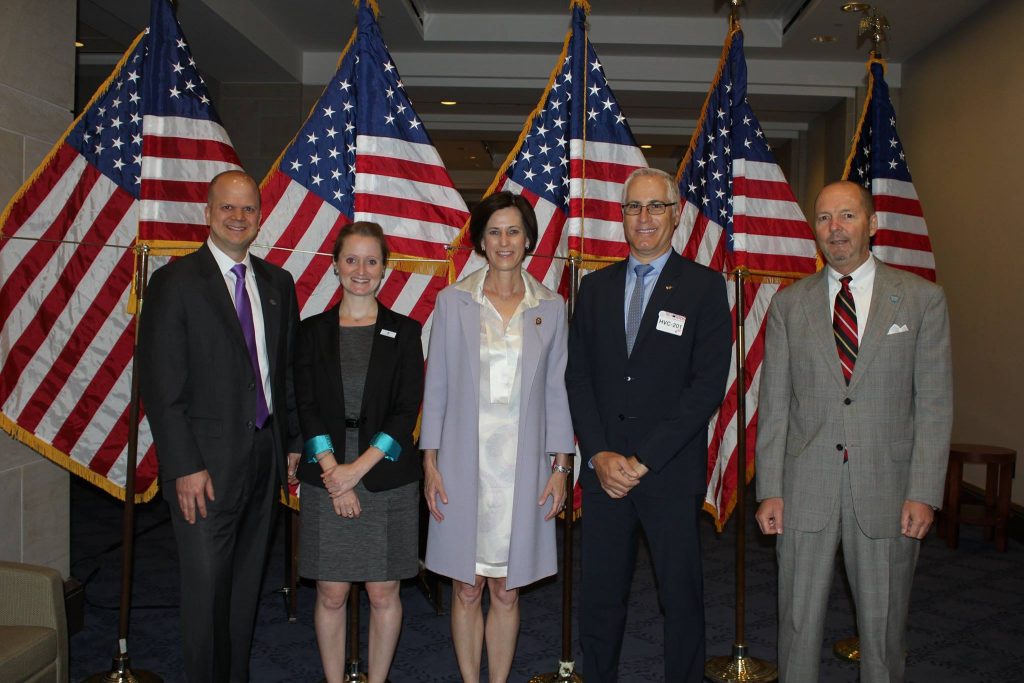 Representing the School of Biological Sciences as a featured panelist at the Alzheimer’s Congressional Briefing, titled “Alzheimer’s Disease Research: Preventing the Boom that will Bust the US Economy”, Dean LaFerla was joined by Robert Egge, Executive VP of the Alzheimer’s Association; Pat White, President of ACT for NIH; and Leah Drew, a patient advocate. The UCI hosted briefing was sponsored by Congressional Representative Mimi Walters of the 45th district of California.