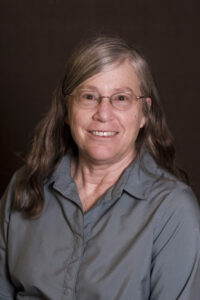 Professor Diane Campbell in the Department of Ecology and Evolutionary Biology, whose research focuses on understanding how evolution takes place in real time in nature, recently published a paper with her colleagues Mary Price, Nickolas Waser, Rebecca Irwin and Alison Brody at the Rocky Mountain Biological Laboratory.

The paper draws from two decades of field study that integrated studies of plant-animal interactions with demography and shows that earlier snowmelt from climate change is a bigger threat to populations of a model plant species than are species interactions like low levels of pollination or high seed predation.

“One of the unique things about our research is that while much work has focused on how early snowmelt impacts the timing of flowering, we are looking at what early snowmelt means for whether a population can persist,” said Professor Campbell.

With climate change, there’s been an ongoing reduction in snowpacks in mountains around the world, which leads to earlier snowmelt in the spring. One of the consequences is that it can result in drought conditions for the plants.

“There’s a weather pattern of summer monsoon rains that don’t start until mid-July in that area of the Rocky Mountains,” said Professor Campbell. “So when the snow melts earlier, there’s a much longer period between when the soil starts to dry out because it does not have the snowpack and the summer rains start to hit. This results in extremely dry soils, which impacts a lot of plant species in various ways.”

According to Professor Campbell, while providing full pollination to the model plant species and eliminating the impact of seed predation increased seed production by 24% and 46%, respectively, the negative impacts of early snowmelt far outweigh the detrimental effects of low pollination and seed predation combined. Early snowmelt causes not only lower seed production but also lower seedling germination and lower survival to the next year.

“Using an integral projection model, one of the calculations we did shows that even if you could give these plants full pollination, you could only delay the point at which the population falls below replacement by 14 years,” said Professor Campbell. “Early snowmelt is a significant threat.”

The paper, Comparative impacts of long-term trends in snowmelt and species interactions on plant population dynamics, has been published at the Journal of Ecology and can be found here.