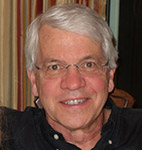 Why is there a high degree of variation in the rates at which seemingly healthy adults lose cognitive function as they age? Professor Dana Aswad, Molecular Biology and Biochemistry, and associates believe their research has provided a major clue to answering this question.  Their research compared rates of protein damage in brains of normal mice with those of genetically altered mice that have a 50 percent reduction in an enzyme (PIMT) needed to repair a common form of spontaneous damage that occurs throughout life. The difference in PIMT activity between the two mouse strains closely parallels the known range of PIMT activity in healthy humans.

Aswad and his team measured levels of protein damage in the mouse brains at eight months and two years (old age for a mouse), and found that between these ages, protein damage increased three to five times faster in the PIMT-reduced mice than in the normal mice. Additionally, the team found that the activity of creatine kinase B (a known target of PIMT-dependent repair) decreased with age and was significantly lower in brains of the mutant mice than in the control mice at both ages. These results suggest that PIMT activity levels in the brain contribute significantly to the time-course of cognitive decline that inevitably occurs in advanced age. Their research was published in Science Direct. Read more