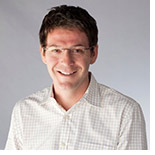 Timothy W. Bredy, assistant professor of neurobiology & behavior at UC Irvine, and colleagues at the University of Queensland and the Garvan Institute of Medical Research in Sydney discovered that a gene called Gomafu might be key to understanding how our brain rapidly responds to stressful experiences.

By looking across the entire genome for genes that are responsive to experience, they found Gomafu – which has recently been associated with schizophrenia – to be dynamically regulated in the adult brain.

“When Gomafu is turned off, this results in the kind of behavioral changes that are seen in anxiety and schizophrenia,” said Bredy, who is also affiliated with UCI’s Center for the Neurobiology of Learning and Memory and UQ’s Queensland Brain Institute.

The gene is a long, noncoding RNA and was found within a section of the genome most commonly associated with “junk” DNA – the 98 per cent of the human genome that, until recently, was thought to have no function. This is the first time long, noncoding RNA activity has been detected in the brain in response to experience

“Early biologists thought that DNA sequences that do not make protein were remnants of our evolutionary history, but the fact is these sequences are actually highly dynamic and exert a profound influence on us,” Bredy said.

Bredy and colleagues also found that noncoding genes such as Gomafu might represent a potent surveillance system that has evolved so that the brain can rapidly respond to changes in the environment. He added that a disruption of this network in the brain might contribute to the development of neuropsychiatric disorders.

These findings also will help to resolve the current controversy surrounding genome-wide association studies, where the majority of gene mutations that correlate with specific neuropsychiatric disorders are found within vast stretches of noncoding DNA sequences.

The scientists hope this finding will enable better prediction of vulnerability and resilience to developing a neuropsychiatric disease, with the primary goal to garner better treatment approaches across the lifespan.

Study results appeared online Feb. 10 in Biological Psychiatry. Paola A. Spadaro, Charlotte R. Flavell, Jocelyn Widagdo, Vikram S. Ratnu, Michael Troup and Chikako Ragan with the University of Queensland, and John S. Mattick with the Garvan Institute of Medical Research contributed to the study, which was supported by the National Health & Medical Research Council of Australia, the Australian Research Council and the U.S. National Institute of Mental Health (grant 1R21MH103812).