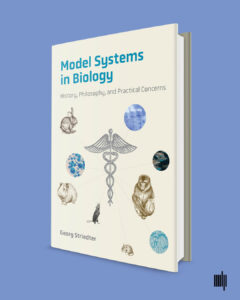 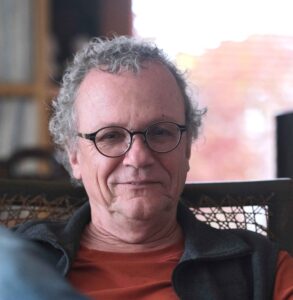 Why do many treatments that work in animal models fail in people? In his new book, Neurobiology and Behavior professor Georg Striedter says researchers sometimes unwittingly set the stage for defeat by overlooking species differences when designing their studies. To help address the challenge, “Model Systems in Biology: History, Philosophy, and Practical Concerns” investigates numerous criteria scientists should consider when choosing research models. The book was recently published by The MIT Press.

Professor Striedter spent much of his youth observing ground squirrels, homing pigeons, aquarium fish, and other animals. “I was intrigued by what they were doing, and that it was different from species to species and from what people do,” he said. “Even at the molecular level, there are significant differences. It has been a lifelong fascination.”

However, scientific focus on what sets animals apart from one another has shifted over the years to a narrower interest in what they have in common, Professor Striedter said. He believes the pressures of rapidly producing results relevant to humans has researchers turning to the most convenient and popular models rather than examining which would be most appropriate for their studies.

Even among rodents, differences matter. “A biologist conducting a memory test might place a mouse in water to observe it swim to safety,” he said, referring to the Morris water maze animal experiment often used in studying spatial learning and memory. “However, the original Morris test was conducted with rats, which tend to be strong swimmers. In contrast, mice really don’t like to swim and that affects their performance on the test. We need to keep in mind that rodents are not all interchangeable.”

The environment surrounding the animals is another consideration that might be overlooked. While humans are comfortable at 72 degrees Fahrenheit, mice do best at 82-86 degrees. “This means if mice are kept in a room that is pleasant for us, they will be cold-stressed. It makes a difference in studying cancer, for example, because their immune system cannot effectively fight tumor growth when they are in that condition.”

Professor Striedter writes in his book’s preface that he knows the topic is “extremely ambitious … with simple answers few and far between.” Still, he would like every young scientist to think more thoroughly about why they are choosing a certain model for research, because it could make a big difference. He will be pleased if the book sparks more discussion of this important issue.

In keeping with Professor Striedter’s desire to make information on species differences broadly accessible, “Model Systems in Biology” is openly available for people around the globe to read and share through the support of UCI and other libraries participating in The MIT Press’s Direct to Open platform.

UCI study IDs what brings our senses and thoughts together