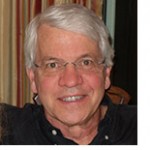 Professor Dana W. Aswad (Molecular Biology and Biochemistry) and colleagues, have successfully expressed/purified several variant forms of the Protein L-isoaspartyl methyltransferase (PIMT) enzyme to study their biochemical properties.  The PIMT enzyme functions to repair damaged proteins that can occur with age.  When PIMT activity is decreased in animal models, the models develop severe brain abnormalities, which suggest a role for PIMT in the development of neurological dysfunction.  The findings of Aswad’s group provide new insight into characteristics of the enzyme that may prove invaluable in future studies on brain diseases associated with PIMT.

Small variations in the human genetic code can predispose individuals to certain diseases, and thus, research into how specific variants of proteins and/or enzymes result in disease is a growing field.  Research into how variations of the PIMT enzyme effect disease are at an early stage.  Utilizing the currently known PIMT variations, Aswad and colleagues proceeded to express and purify 14 variants plus the standard form of the enzyme.  They identified which variants resulted in decreased PIMT activity and stability.  They also identified which variants were prone to aggregation, a common characteristic of several damaged proteins in several neurological disorders, some of which may involve PIMT.  A complete detail of Aswad’s study can be found online in the Journal of Biological Chemistry.