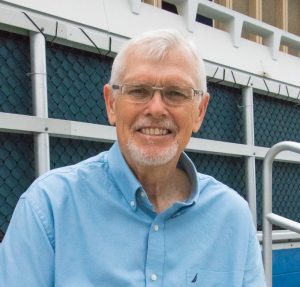 Ecology and Evolutionary Biology Chair James W. Hicks has been interested in the prevalence of head injury in water polo since watching his three sons play the sport. In a new study published with his colleagues from the UCI School of Medicine, Professor Hicks has mapped out the frequency of head blows to players and identified which positions are most vulnerable to injury. The study was conducted by placing caps instrumented with head impact sensors on male collegiate water polo players. The researchers found that offensive players were more likely to receive head impacts during games, and that 37% of all head impacts were sustained by those in the offensive center position.

“Our data quantifies the extent of head impacts during collegiate play and sets the stage for additional research and possible rule changes or protective gear to improve water polo safety,” said Professor Hicks.

More information on the Study