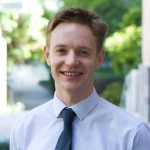 In a study published in the prestigious journal, Science, Professor Maksim Plikus, (Developmental and Cell Biology), and his colleagues from the University of Pennsylvania, discovered a natural regeneration process that stimulates scar-free skin repair, involving fat cells and hair follicles. Professor Plikus noted that his results could be beneficial for conditions beyond wound scarring, such as anti-aging treatments.

Plikus and his team used a specialized mouse model to study the interaction between fat cell and hair follicles in wound healing. The team found that the hair follicles released a protein called bone morphogenetic protein (BMP) that was responsible for the reprograming of specialized skin cell into a fat cell. This process was necessary for the wound healing in mice that resulted in no scar formation.

“In culture conditions, exposure of human skin cells to human hair follicles is sufficient to drive their reprogramming toward new fat cells. This shows that our findings from mice are translatable to humans,” said Plikus. The next step for Plikus and his colleagues would be to translate their findings in mice into clinical approaches for treating wounds and aging skin in patients.