Home Newsletter Taking the Brakes Off of ‘Gene Drive’ 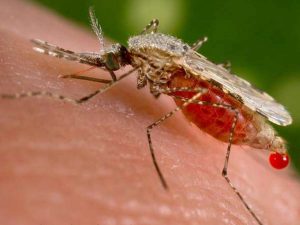 On June 8th, the National Academies of Sciences, Engineering and Medicine held a public release event that addressed the use of gene editing technology like CRISPR/Cas9.  The event highlighted the conclusions of a new report on gene editing from a National Academies of Sciences, Engineering and Medicine committee.  The committee, which consisted of 15 professionals including Professor Brandon S. Gaut, Ecology and Evolutionary Biology, endorsed the continued research of CRISPR/Cas9 stating, “while gene editing technology poses risks, its possible benefits make it crucial to pursue.”  One such benefit has been the develop of a malaria resistant mosquito by Professor Anthony A. James, Molecular Biology and Biochemistry.  Professor James used the CRISPR/Cas9 technology to create mosquitoes that are resistant to transmitting malaria to humans.  Professor James has commented on the report, which he labeled as reasonable, and hopes that it will help the governments of the world act quickly to move forwarded with this technology. An article discussing the report and Professor James’ work was recently featured in The New York Times.