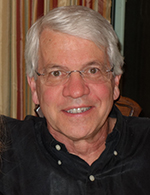 UC Irvine professor Dana Aswad, in the Department of Molecular Biology and Biochemistry, and colleagues, uncovered some new and unexpected differences between male and female brains with regard to the basic functions of neurons and synaptic transmission.

Their study, published in the November 5, 2013 issue of PLOS One, initially set out to define whether there is functional damage to a mouse brain that is missing a key protein repair enzyme found in neurons. Aswad and team found three neuronal proteins in the repair–deficient mice that had abnormal structural changes consistent with altered functionality. However, the unexpected result was that the degree of functional disturbance varied greatly between the male and female laboratory mice used in the experiment.

“We didn’t separate out the female and male mice initially during the experiment, but after seeing the first round of results, we couldn’t ignore that there was a clear difference between the two sexes’ brain responses,” said Aswad. “Therefore, we carried out the experiment again and compared the female and male results to see if there really was a clear difference in how their brains functioned without the repair protein.”

“The research indicates that scientist should pay more specific attention to testing males and females separately in studies where differences are not necessarily expected,” added Aswad. “The more we look at the brain, the more surprises we find. In this case, another unexpected biological difference between male and female mice brains.”

Aswad and team have another grant under review to test their theory that variations in protein repair efficiency in the human brain may help explain why cognitive skills in some people decline faster with age than in others.