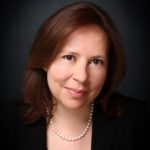 Ecology and Evolutionary Biology Professor Adriana Briscoe has discovered that male and female butterflies of one particular species have the unique ability to see the world differently from each another because of sex-related evolutionary traits. The findings were surprising to her team, as no other animal has been found to have a sex-linked difference in the make-up of its eye that depends on the suppression of an eye “opsin gene”. The researchers also noted that violet receptors controlled by the expression of ultraviolet opsin genes may help facilitate species recognition between Heliconius erato and other butterflies.

The study, which appears in the journal Molecular Biology and Evolution, offers new insights into these selective environmental pressures that guide butterfly eye evolution. They discovered that the butterfly species Heliconius erato possesses a distinct set of visual photoreceptors based on species sex. Females of the species contain two types of the ultraviolet opsin gene (UVRh1 and UVRh2), while males lack UVRh1.

Professor Briscoe’s team was astonished by the sex differences found in the Heliconius erato species; however, it remains to be determined why such differences would evolve in the first place. Their findings shed light on a fascinating way that environmental pressure can give rise to the origins of a new visual receptor.

Professor Briscoe and study co-leader, UCI post-doctoral scholar Kyle McCulloch, note “As a field, we are still not sure why some butterfly lineages diversify and use many more color receptors than others, but with this study, we can frame new hypotheses to answer these questions. In particular, it will be exciting to learn what mechanisms during development lead to these sex and species differences in the eye, and what selection pressures lead to these differences in Heliconius.”